Allion has the correct testing capabilities, equipment, and environments to provide the best test services and technical consultations to our clients. 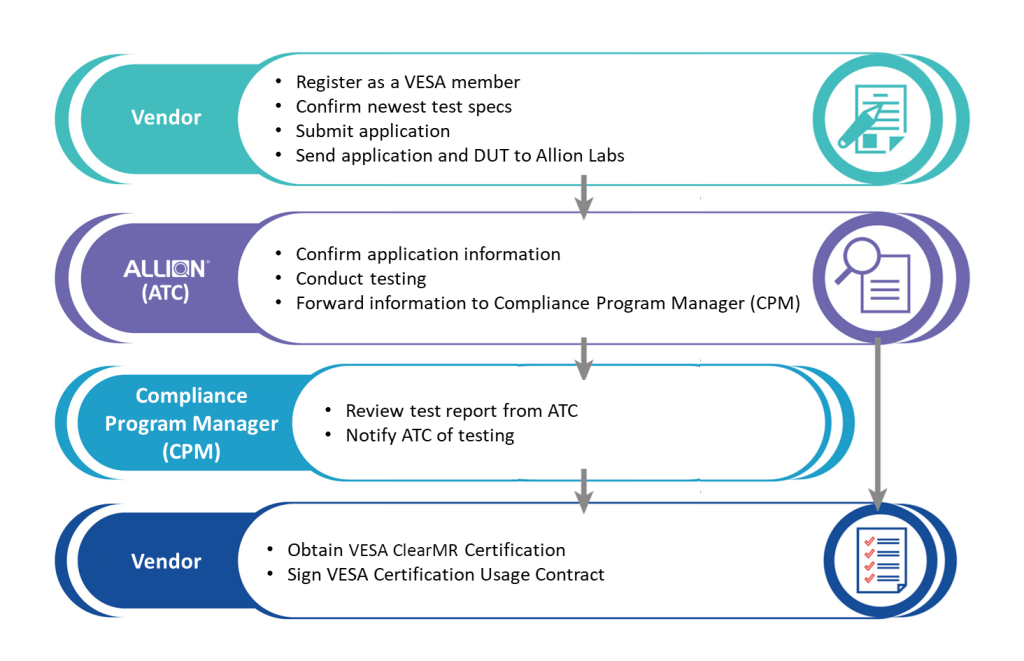 Any product which can meet VESA ClearMR specifications, such as PC and notebook displays

VESA launches the ClearMR Certification in 2022. The brand-new certification program formulates specifications which define motion quality for displays. The program has seven levels of motion performance, with ClearMR 9000 as the highest in quality. The ClearMR logos are shown as follows: 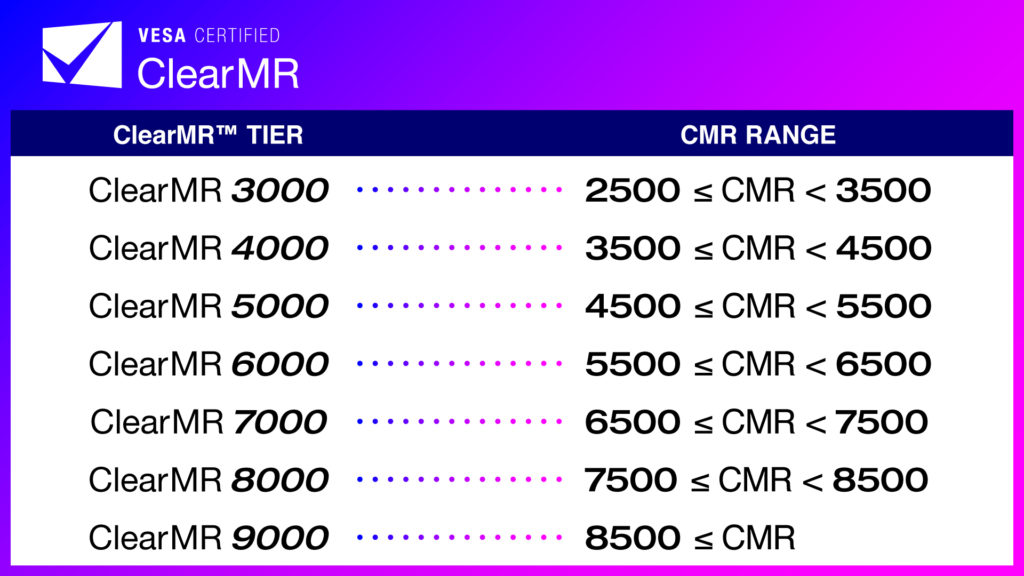