The Impact of server vibrations on HDD performances

Allionusa-SGS > Server > The Impact of server vibrations on HDD performances

SSDs have gradually become the mainstream of the current market, and typical users no longer prioritize traditional mechanical drives when choosing internal storage devices. So, are HDDs already obsolete? In fact, with benefits like relatively larger storage space and lower costs, HDDs still own a decent market share as the optimal for servers and other applications requiring large amounts of storage space, while being the best choice for cold data storage.

Before we get into the topic, let’s briefly describe the architecture of mechanical hard drives. The main components of an HDD are the disk platter, the head, the head actuator, the motor, the spindle on the disk and the control circuit board, and the SATA/SAS interface. The head can move horizontally along the radius of the disk. As the disk spins at the high speed of thousands of revolutions per minute, the head on the disk can be positioned at specified locations where data is written or read. 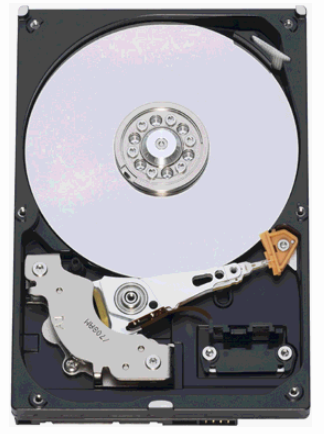 Knowing this, we can understand that HDDs mainly rely on rotating platters and the head that is almost attached to the discs when rotating, to read and write data. Consequently,  accidental interference such as external vibration, movement, or falling during the operation of the HDD may cause unanticipated problems. In more serious cases, the heads and platters can be damaged, leading to the destruction of the whole hard drive. Although HDDs are less likely to be moved or dropped in a server room environment, servers are usually equipped with high-efficiency cooling fans for heat dissipation, and the chassis vibration resulting from spinning fans is an inevitable concern. High-end business-grade HDDs are mostly applied to servers. Can the hard drives live up to their claims of high reliability, and maintain normal transmission performance under the high-frequency vibration under server operation?

As a professional testing laboratory for server parts, Allion USA-SGS has prepared proper verification methods for problems under realistic conditions, to see whether the hard disks can survive these trials. The following picture shows the servers prepared for the tests. When testing, all the hard drive bays in the server were to be set up with hard drives, and the fan speed was to be adjusted with customization software. We set the fan speed at different percentages as we ran performance tests on the hard disks and recorded the results. In addition, the test drives were placed on a stable platform to exclude vibrations from other devices, and the test results were recorded as the benchmark value for other tests. The performance was conducted by performing a writing test with a 4K/256K block size. To compare the differences between hard drives of different brands, we selected three mainstream brands’ business-grade hard drives for our tests. 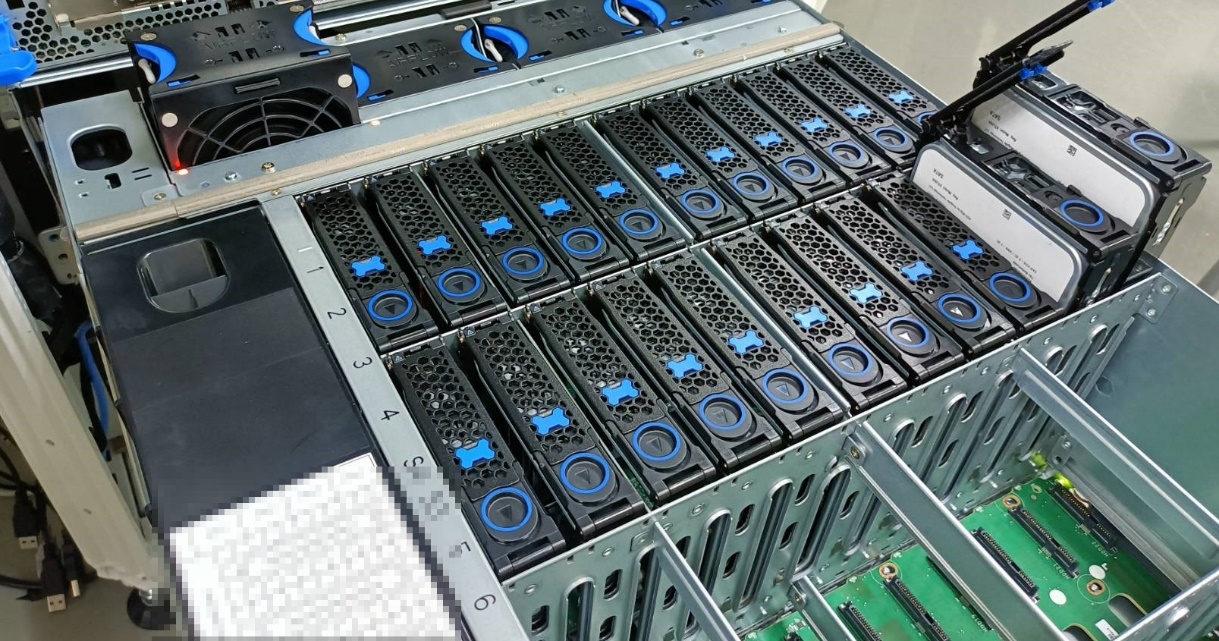 The fan speed was set to start at 50% of the maximum speed and slowly increased by 10% each time until reaching full speed. Performances between different speed ranges were compared to see if the differences were too great from the benchmark. We started by comparing the HDDs’ performances in a 256KB sequential write situation with the original data. As shown in the graph below, the three HDDs do not vary much with their 256KB sequential writing performances, differing between 0~1% at different fan speeds. It was proven that the performances are less affected by high-frequency vibration when writing the larger file.

Next, let’s take a look at the 64KB random writes. As shown in the graph below, HDD B and HDD C had slightly better performances between 70% and 90% of maximum fan speed respectively, but the difference was around 2%, which is overall not too great and within the acceptable range. 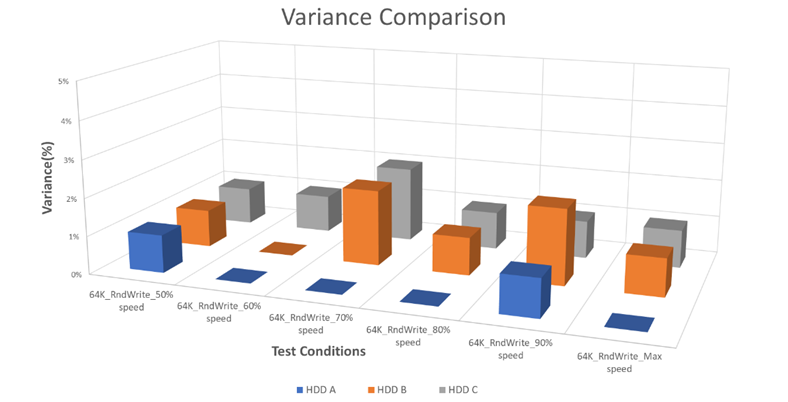 Finally, let’s check the small file 4KB random writes. The graph below shows that HDD B has a 4% difference in performance at 70~90% maximum fan speeds, which is significant when compared to the other two drives. Although differences below 5% are still within the acceptable range, such impacts on the performance of the hard drive cannot be ignored as it may increase when the equipment ages under long-term usage. 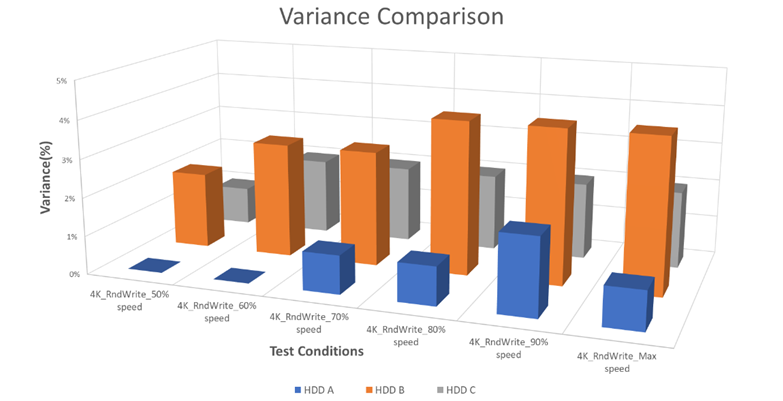 Knowing the test results of the three HDDs, performance differences are all within 5%. Except for HDD B becoming slightly unstable when writing small files, all three hard drives managed to maintain a certain level of performance stability despite the high-frequency vibration interference in the server. This proves that with the fully matured HDD technology, resistances against high-frequency vibration are still effective. Additionally, we would like to share a case that we encountered during the tests. We had an HDD with a dual-head design that provides higher performance than traditional hard drive head designs. Applying the same test method, we can see that the performance differences when comparing 4KB and 64KB random writes at full fan speed reached more than 5%. Under industry standards, a performance difference surpassing 5% will surely impact the overall system performance. Performance variation issues like this must not be taken lightly. 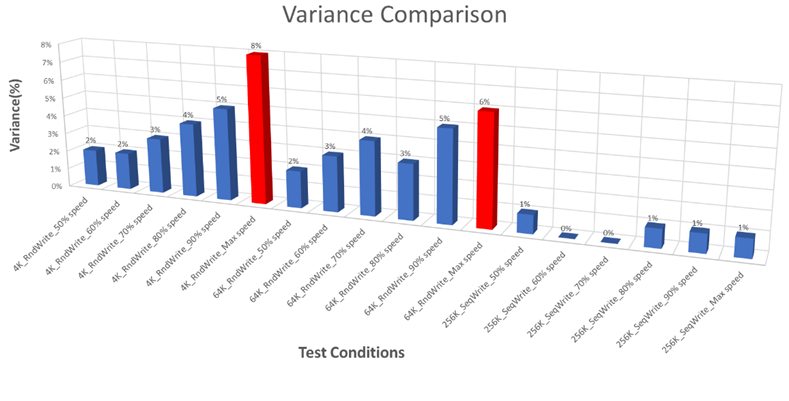