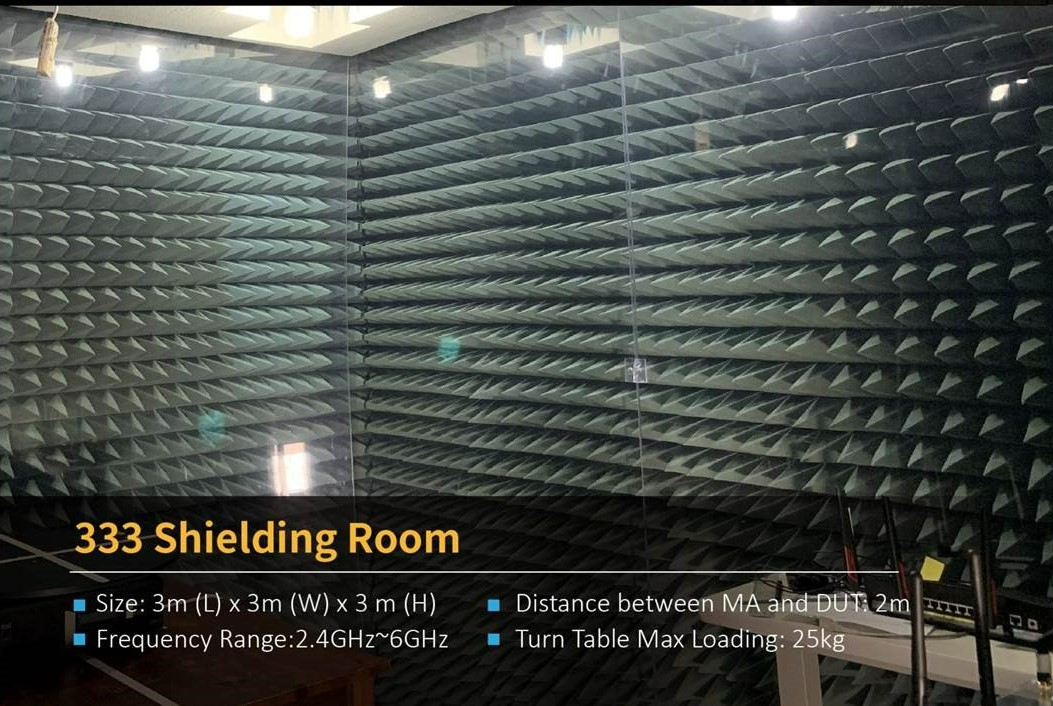 This article mainly introduces the performance of wireless networks on different tablets; the entire test is taken place in a wireless shielding room to ensure the consistency of the examination from external interference; the following are included in the trial.

First, we will look at the capability of uploading and downloading on a wireless network with ASUS RT-AX88U (Firmware version: 3.0.0.4.386.48631) as wireless access points encrypted with WPA2-PSK-AES. The software of IxChariot (Test Script: High_Performance_Throughput.scr) is utilized to test the capability of uploading and downloading using 2.4GHz (Channels 1, 6, and 11) and 5GHz (Channels 36, 149, and 161), respectively.

The test data of 2.4GHz on 5 different tablets:

The test result is similar for 2.4GHz, and the upload speed is 50Mbps or more. Walmart performs better with speeds of 70Mbps. On the other hand, there is not much difference in download speed on each tablet within the range of 50-60Mbps, which is far greater than the need to watch 4k movies (>30Mbps).

We can see HT40 exceeds 150Mbps with 5GHz, and Walmart performs better. The test result is twice HT40 which exceeds 300Mbps under HT80; hence 5GHz satisfies the needs of drama viewing, app downloading, and online gaming. 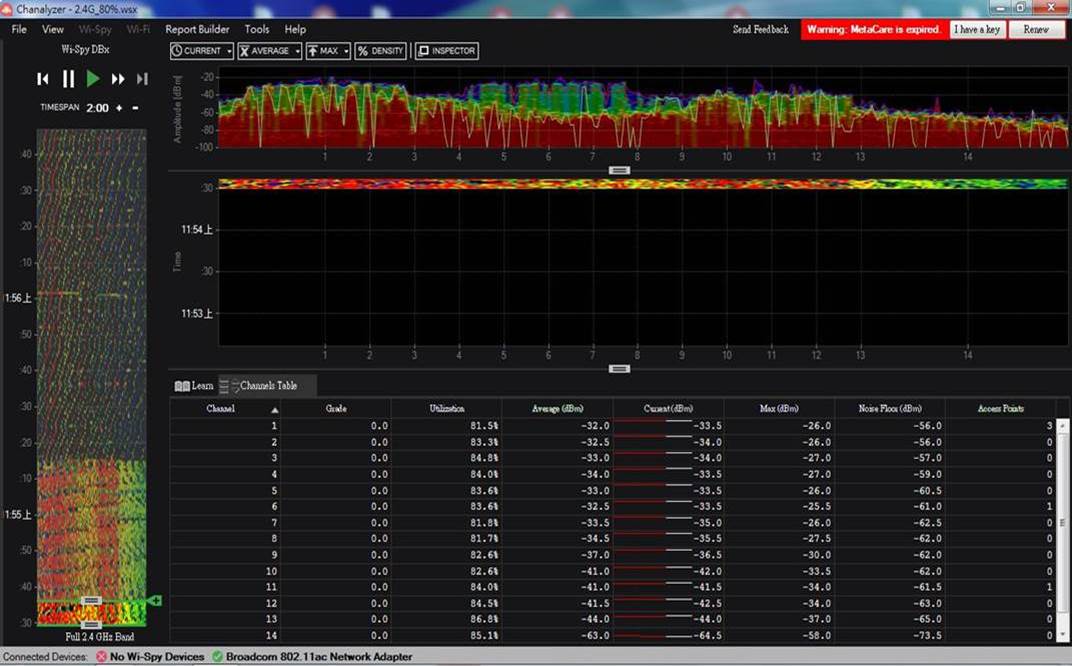 The test data on 5 tablets under congested environments:

Based on the test results, the performance of each tablet decreases significantly under the influenced environment. The efficiency of tablets with 2.4GHz decreases more than other tablets causing the speed to be significantly impacted. Furthermore, even image quality and loading speeds of videos and movies are negatively affected. On the other hand, although there is still a certain influence with 5GHz, the speed of uploading and downloading remains above 100Mbps. Hence, it’s recommended to use a 5GHz network in a congested environment. 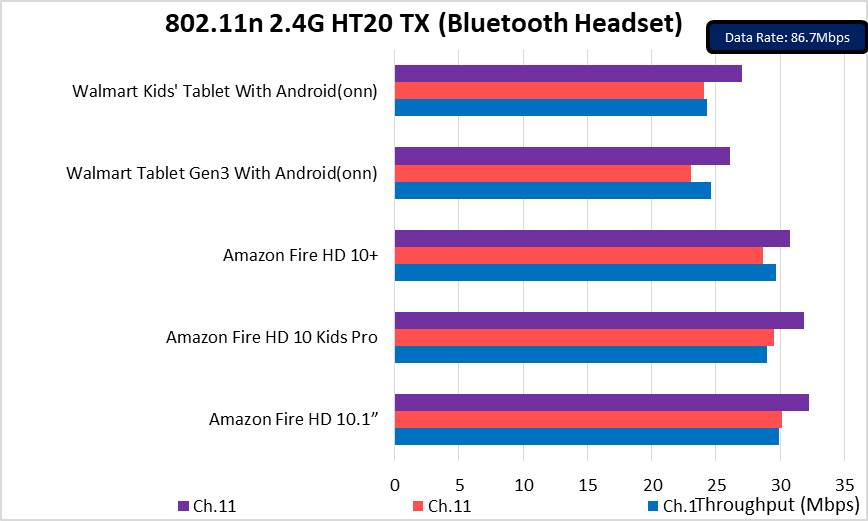 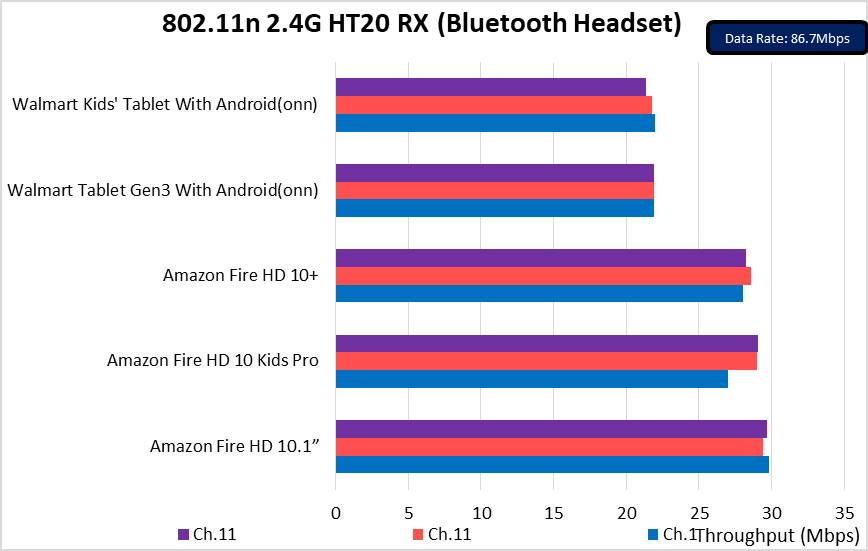 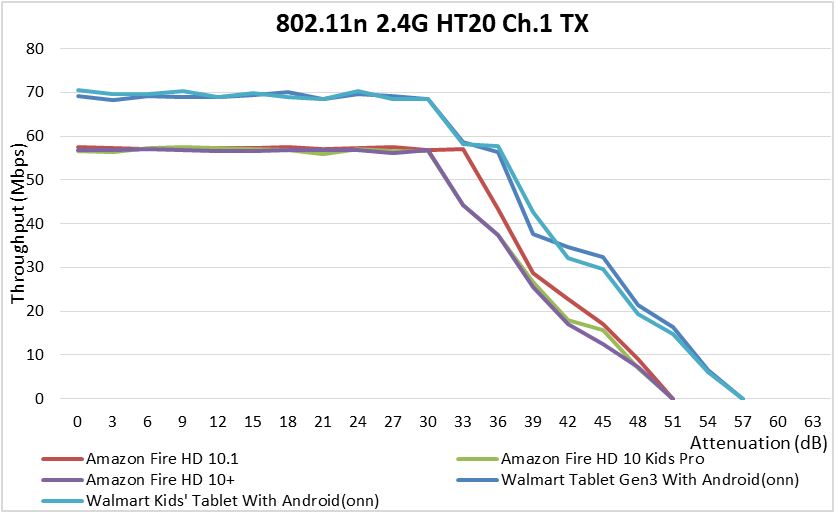 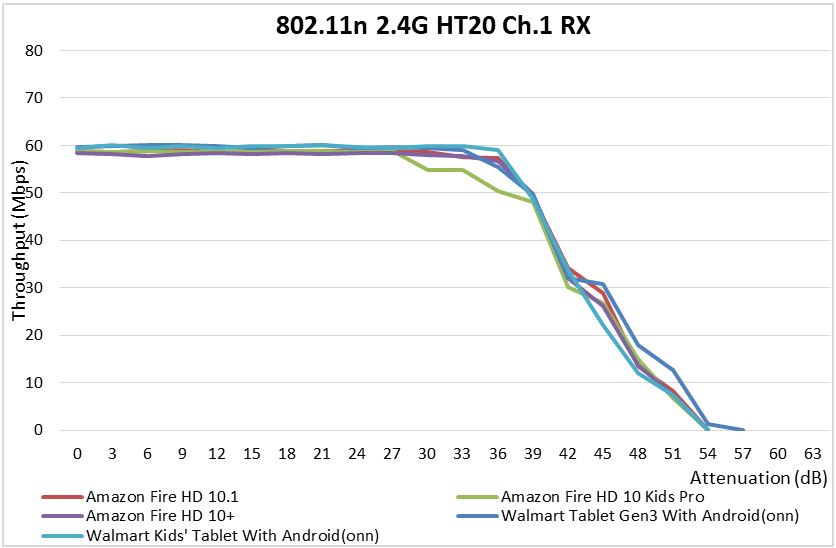 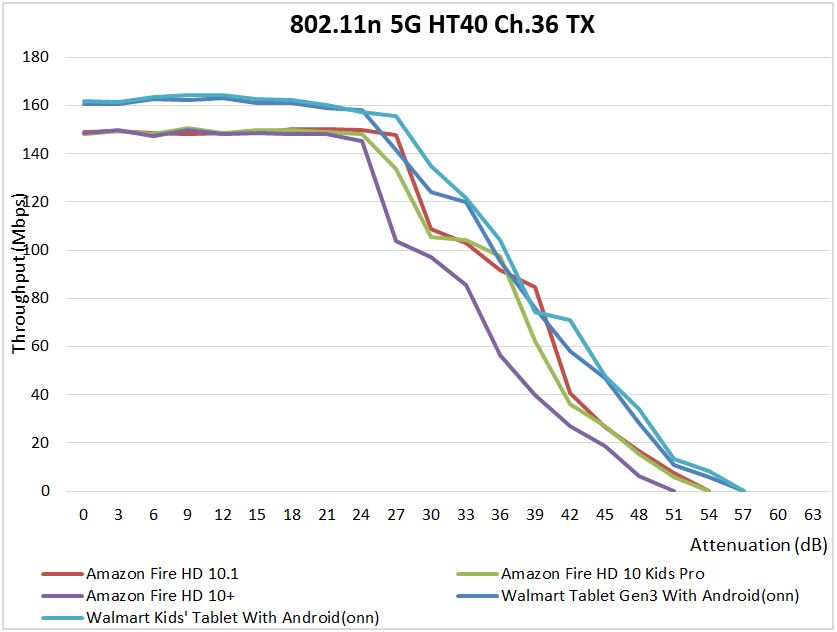 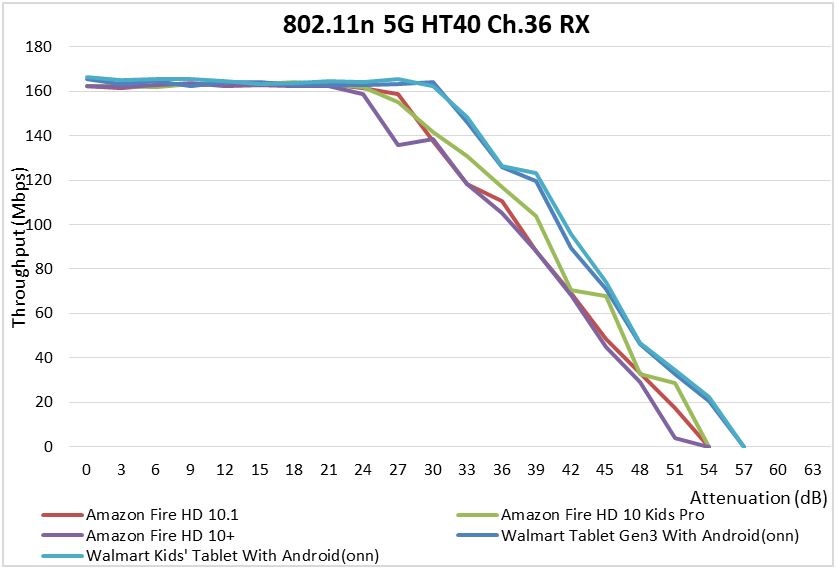 There is little difference in the descending slopes pictured in the graph, but it depicts that Walmart has a slightly better design on the antenna. The performance is 6dB greater with 2.4GHz and 3dB greater with 5GHZ. Therefore, the distance can be set farther when in use; in other words, the transmission speed is higher at the same distance from the wireless access point.

That’s all for the review of performance on tablets; next time, we will analyze the performance of tablet screens, which is mainly affected by brightness, color temperature, contrast ratio, and gamut chart to help everyone understand the difference and performance of various screens; thank you!